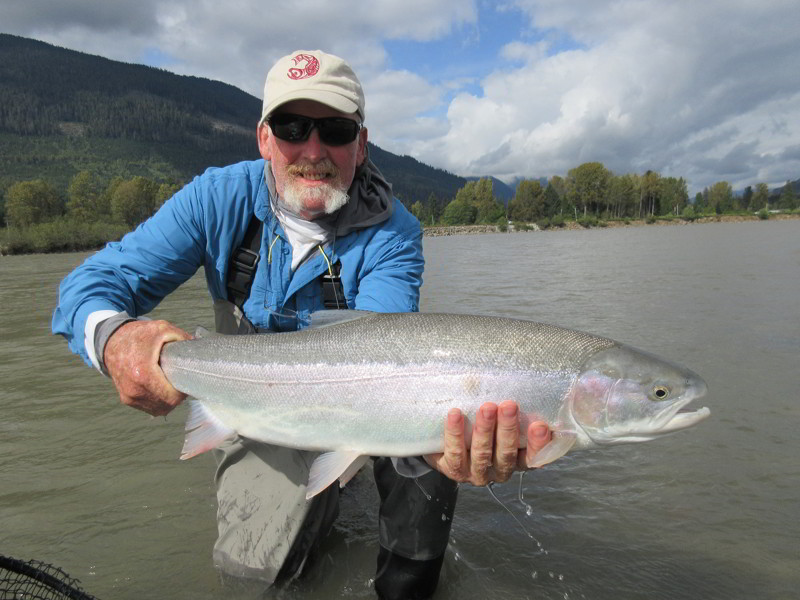 Steelhead are known as the best freshwater game fish on the planet and it’s not until you hook one that you realize why! They are the most sought after fish by fly anglers and the tales of the ones that got away are common. The Skeena river boasts the worlds’ largest run of wild Steelhead and also the world record.  The spring run is mid-March to mid-May, followed by the summer run from late July to November.

Summer fly fishing for Pink salmon is a blast. As the most numerous of the salmon species they provide anglers with a lot of action and some great fights. These feisty fish are in the rivers from late July to early September. 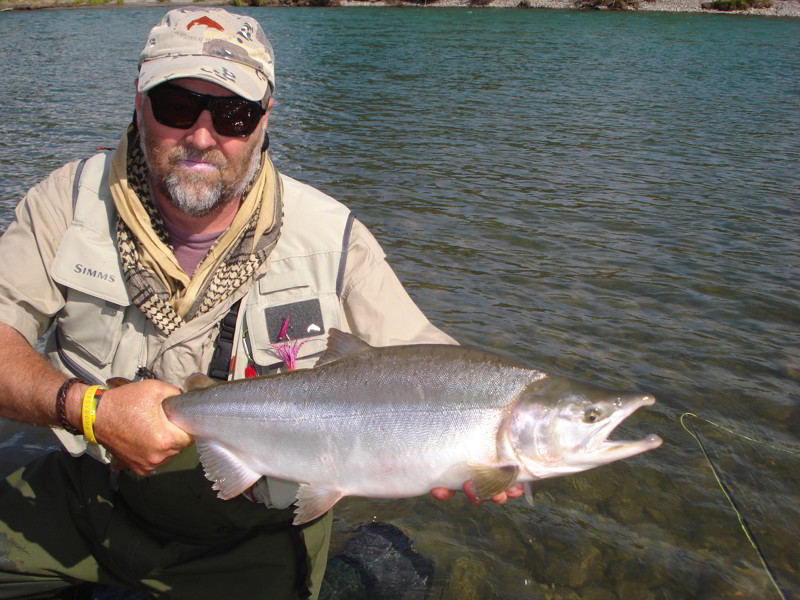 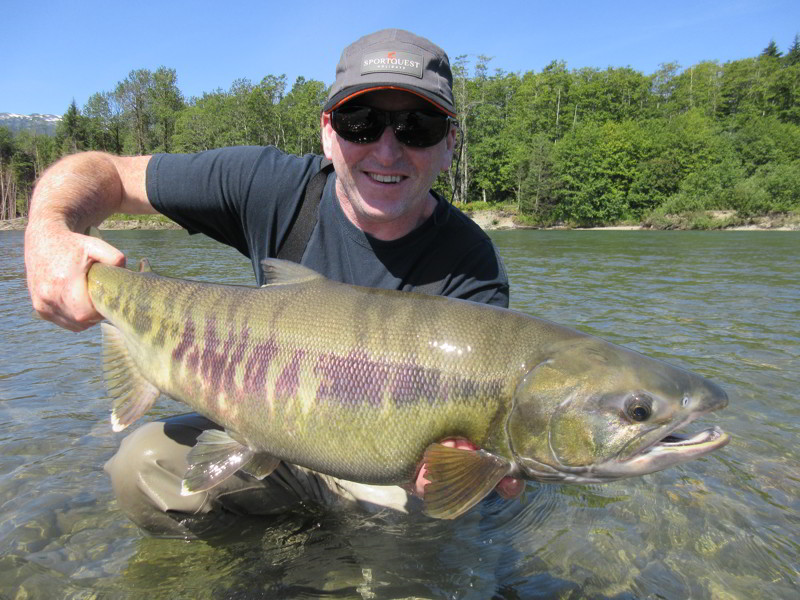 Chum salmon are the second largest of the Pacific salmon species and are the most underrated sport fish. They are hard fighting, acrobatic fish with a lot of stamina. Chum fishing is the perfect choice for those anglers that want to catch a lot of salmon. A day doing battle with Chum salmon is a rewarding and tiring one! They average 8 to 20lb but our anglers often hook up and land huge Chum approaching 30lb. Run times mid-July to mid-August.

Beginning their migration up river to their spawning grounds the Sockeye enter the Skeena in vast numbers around mid-July and run to early September. Their average size is 5 to 8lb, but pound for pound these are tough fish and well known for their aerial acrobatics once hooked. Catching Sockeye on the fly rod is great fun for all anglers. 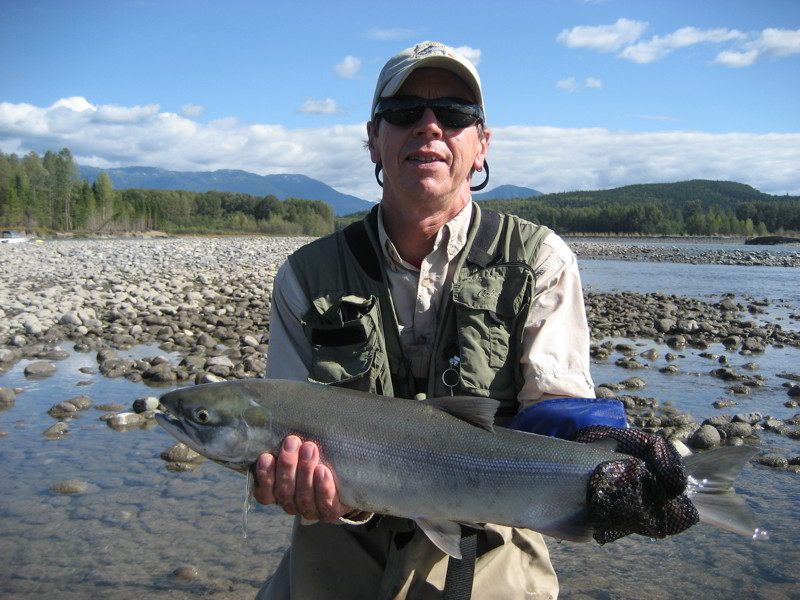 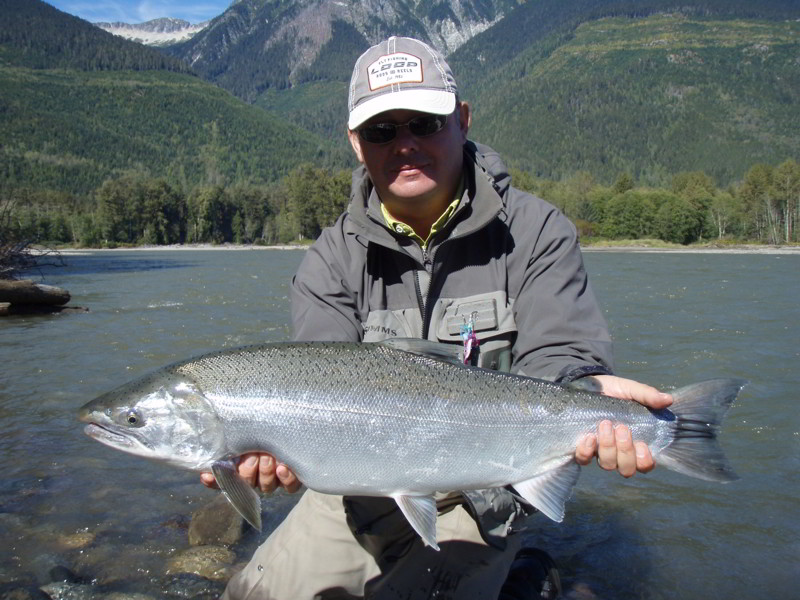 Chinook or King salmon are the largest of the five Pacific Salmon species. They are targeted by anglers for their sheer size and aggressiveness. These powerful fish have left many of our anglers in shock and awe. Our guests have landed Chinook up to 72lb. Run times from late April to early August.

Coho are amazing salmon that are not to be overlooked. Catching one of these aggressive silver fish in the lower reaches of the Skeena is an exciting feat, especially on the fly. Coho season is a beautiful time of the year to be here with the autumn colours and snow-capped mountains. Fishing clear wilderness rivers for the large Northern Coho later in the fall is a trip not to be missed. Prime Coho season is mid-August to the end of October. Coho average 8 to 15lb but catches of 20lb plus trophy fish are prized by our anglers every year. 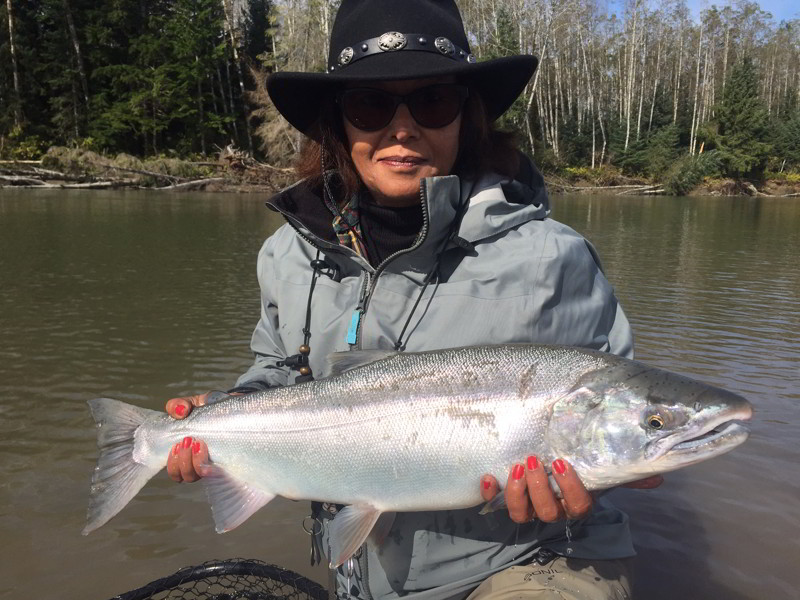 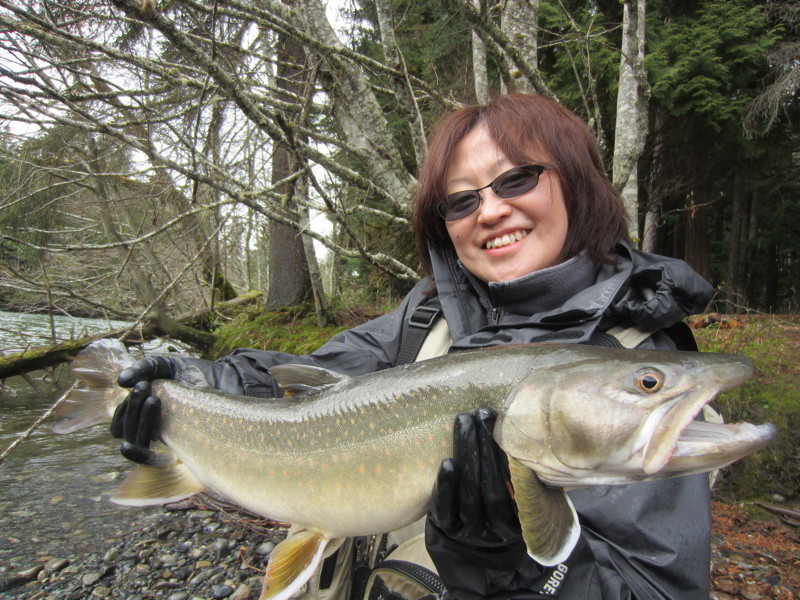 Char, Dolly Varden, Bull Trout and Cutthroat inhabit the rivers in the Skeena region all year round.

join us on the Skeena River for

BOOK YOUR TRIP
Scroll to top